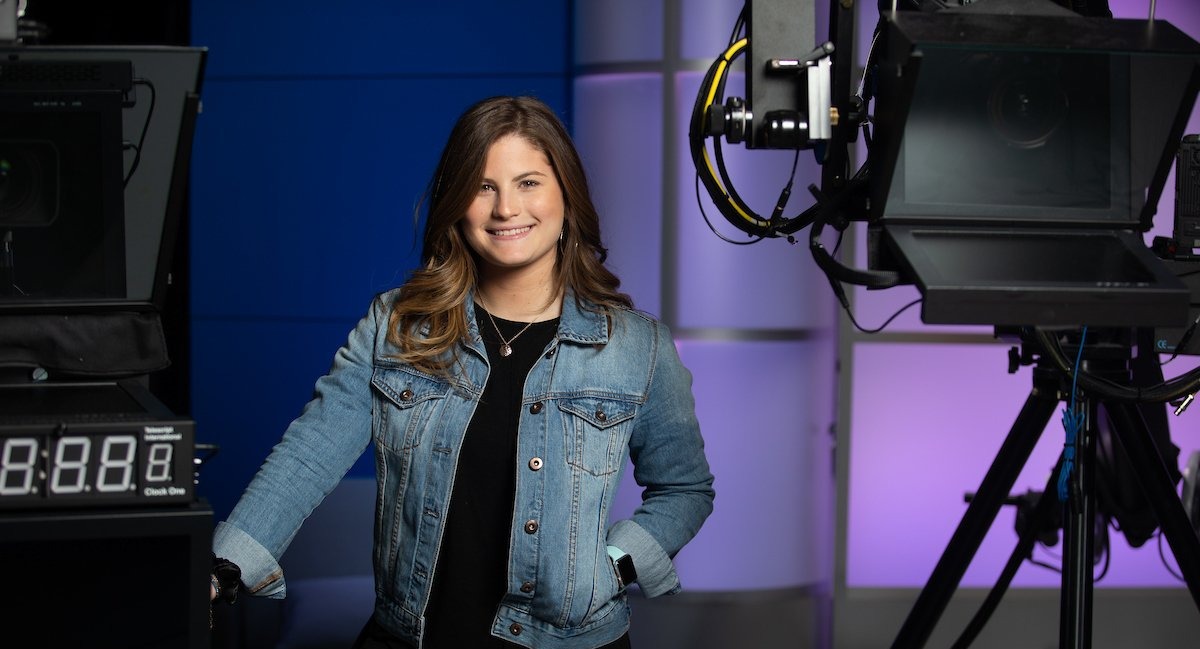 Realizing Your Vision: An Interview with Film and Television Student Allie O’Brien

Film and television allow us to connect to those around us and the stories we see and share on the screen have the ability to bring people together and leave a lasting impact on our culture. For those who craft and share these stories, there is no greater excitement than bringing their vision to life.

If you aspire to become a storyteller and leave your mark in film and television, a graduate degree can give you the competitive edge you need to break into the field. Pursuing a Master of Arts or a Master of Fine Arts in Film and Television Production can help you gain the skills and hands-on experience needed to build a professional portfolio and form a well-connected network that will kickstart your career.

Allie O’Brien is currently enrolled in SHU’s Master of Fine Arts in Film and Television Production program and will be completing her MFA this fall. We asked her to share about her experience in the FTMA program at Sacred Heart — keep reading to learn what she has to share with future film students.

Why did you choose to pursue a graduate degree in film and television?

As a kid, my eyes were constantly glued to the television. I would re-watch movies on the VHS player in my living room until the tapes faded. I always loved movies, but I didn’t realize that I could turn my passion into a career until I started my collegiate education at Southern Connecticut State University (SCSU).

As the end of my college career was approaching, I reflected on how much I learned during my time there, while also realizing how much more there is to learn. I decided to pursue a graduate degree in film and television because I know how heavily this industry relies on reputation and connection, and the networking and mentorship opportunities that come with FTMA are too good to pass up.

What experience sparked your interest in film?

During my time as an undergraduate at SCSU, I had to direct a short film project for my narrative filmmaking class. Prior to this experience, I typically held the role of producer because logistics and management are some of my strengths. I never considered myself creative enough to be a director. One of my professors encouraged me to step up and try directing, and as soon as we were on set and the monitor was in my hands, I felt a fire inside of me that I had never felt before. I knew that filmmaking was the path I was meant to follow.

What are your career dreams or plans?

My dream job right now is to be the showrunner and series director for a short web series I'm creating entitled PHYSIQUE. PHYSIQUE is a concept I developed during my time at FTMA, and I've been working on it for over a year. I will be pursuing it for my thesis project in my MFA program. As part of my thesis, I plan to finalize a pilot script and create a producer's proposal, sales document, and a director's notebook. Upon graduation, I can use these deliverables as a complete pitch package ready to sell to networks.

Why did you choose the MFA over the MA?

I decided to pursue my MFA because I wanted to continue on the educational trajectory. This way, after I’ve worked for 20 years in the industry, I can transition right into a tenured teaching position (if I am so lucky)!

What project are you most proud of completing so far during your degree?

Right before the pandemic started, I was able to shoot a short film that my good friend and mentor had written for his first assignment when he started film school. This film, entitled Closets, is about a married man and his gay lover who need to escape the house before the married man’s wife comes in. The lover hides in and out of closets to avoid being seen. This comedic romp was a huge challenge for me because it was my first time directing a script that I did not write. I felt a huge responsibility for not only carrying out my own artistic vision, but the vision of the writer as well.

While on this project, I also had the amazing opportunity to work with a professional assistant director who I met through one of my classes at FTMA. Being able to bring in a real professional from the industry was a challenge for me as a director, and he really pushed me to make the best film I could. This film is currently in post-production and will be hitting regional film festivals, as well as major national and international festivals, in 2020.

What advice do you have for prospective students thinking of enrolling in THIS program?

Classes only scratch the surface of the different forms of education and instruction I’ve been exposed to during my time at FTMA. From the quarterly master classes that we have, to competitive internships, and even trips to the Sundance Film Festival, there is a learning style for everyone at FTMA.

When I received the opportunity to attend and volunteer at the Sundance Film Festival with FTMA for a week, I was so excited. Working closely with current festival filmmakers was so cool; to be able to pick their brains about their careers, their films, and their creative process was so insightful and inspiring. Not to mention the business cards I exchanged and the new connections I returned home with. The trip to Sundance was one of the greatest learning experiences I’ve had here at FTMA.

The FTMA program at SHU is specifically designed to help you take your ideas and ambition and turn them into a fulfilling, successful career. We are committed to offering you the best resources available including state-of-the-art equipment, partnerships with media companies, and a close-knit, supportive community of students and faculty. If you’re interested in learning more about our programs we invite you to download our guide or request more information. Take the next step toward realizing your own artistic vision and bringing YOUR stories to life — get in touch with us today!

If you are ready to get started on your graduate degree in film and television, download our resource — A Guide to SHU’s Master’s Degree in Film and Television Production. 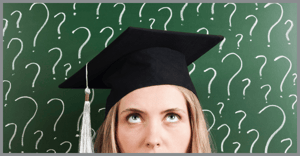 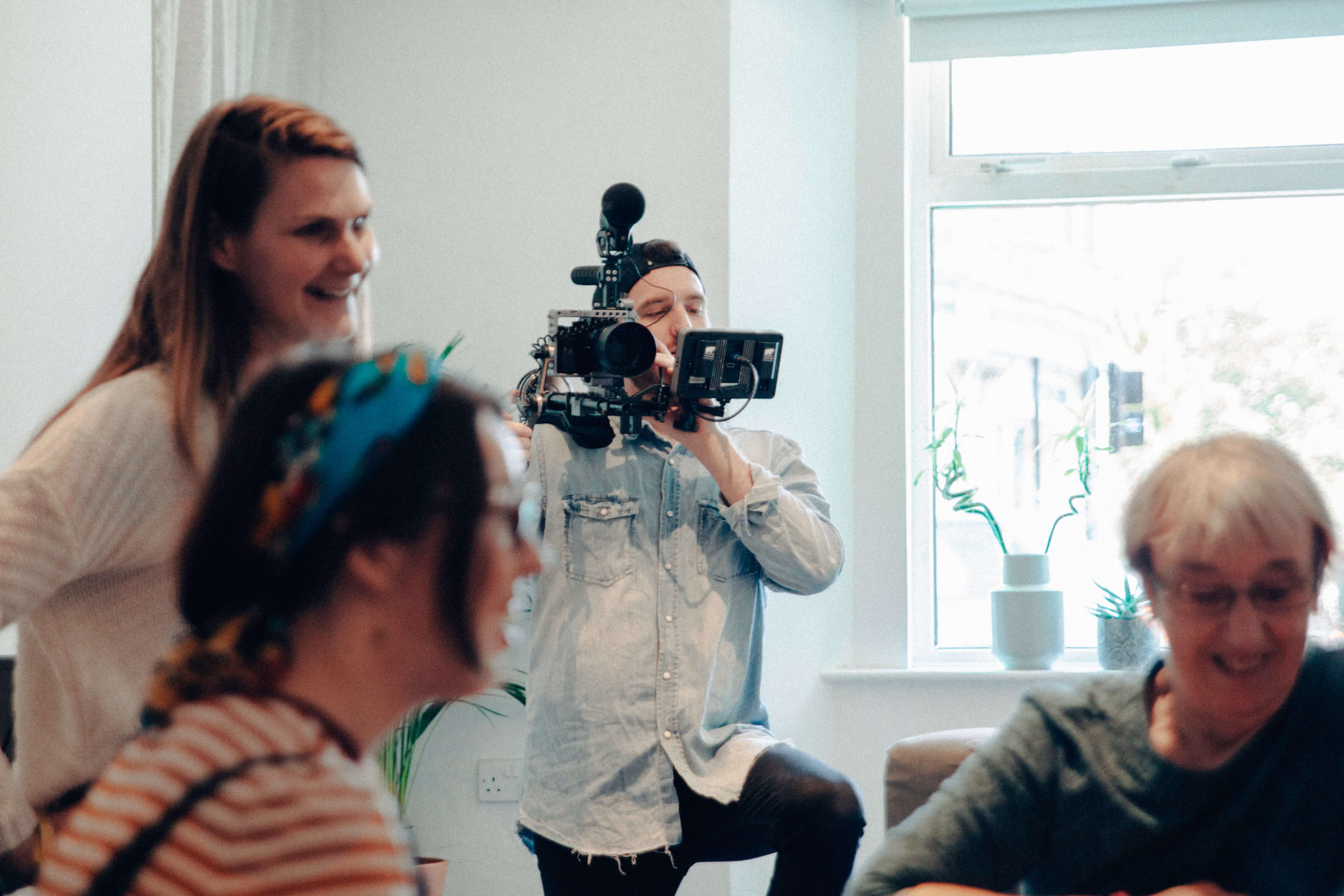 Is a Film Degree Worth It? Exploring the Value of a Graduate Degree in the Field

Video has become part of our everyday lives. It allows us to share stories and stay connected to the world around us. It helps us realize ideas and co... 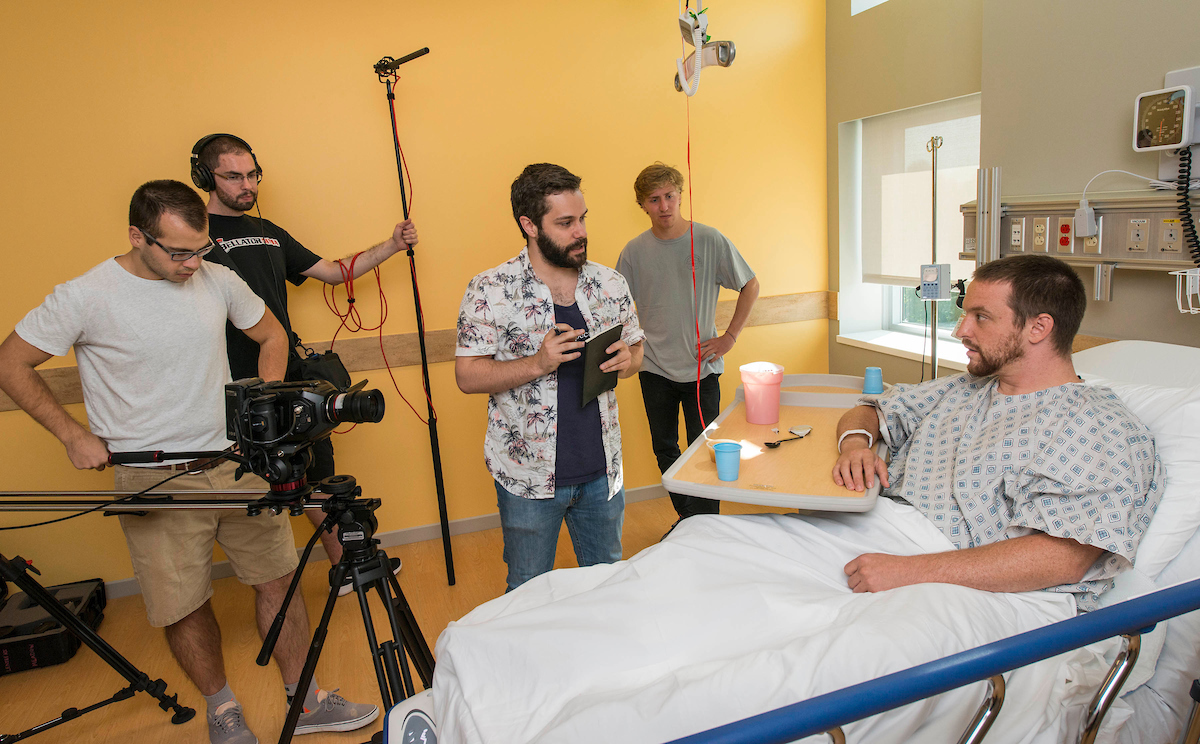 Whether you have been writing and shooting films from a very young age or have just recently discovered your love of visual storytelling, producing un...